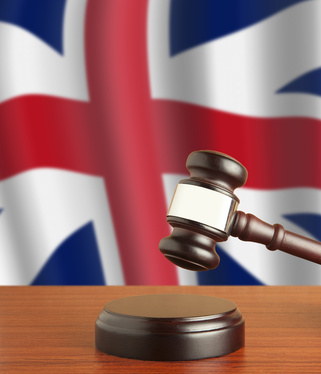 A report published by the Department for Work and Pensions reviews the application of new rules introduced in 2008, by virtue of the law on breaches of health and safety regulations.

The report shows that:

The purpose of the Act was to increase the maximum penalties for workplace health and safety offences heard in court, as a deterrent to would-be offenders.

Discover all our news
The closing summit of the EU-OSHA MSD Prevention Campaign 2020-2022 presented best practices in MSD prevention and introduced the 2023-2025 edition dedicated to occupational health and safety in the digital age.
Learn more
Artificial Intelligence (AI) meets Occupational Safety and Health (OSH) was the theme of the 7th EUROSHNET conference which took place in Paris on 20 October and which brought together some 130 OSH experts from the world of standardisation, testing and certification, from 15 countries.
Learn more
In order to encourage a consistent approach across the EU, the Commission is now proposing an update of the Recommendation on the European Schedule of Occupational Diseases to include Covid-19.
Learn more
The Court of Appeal of Turin has just ruled in favour of a 63-year-old former technician who was seeking recognition as an occupational disease of the benign auricular tumour of which he was a victim for having used his mobile phone at work for at least 2.5 hours a day for 13 years.
Learn more
Discover all our news

This website uses cookies to improve your experience while you navigate through the website. Out of these, the cookies that are categorized as necessary are stored on your browser as they are essential for the working of basic functionalities of the website. We also use third-party cookies that help us analyze and understand how you use this website. These cookies will be stored in your browser only with your consent. You also have the option to opt-out of these cookies. But opting out of some of these cookies may affect your browsing experience.
SAVE & ACCEPT

Thank you for your message

We have taken your request into account.
See you soon on your e-mail box!
The EUROGIP team

An error has occurred

Your registration is confirmed

We acknowledge receipt of your payment for participation in the EUROGIP discussions.
See you soon in your email box!
The EUROGIP team

Your registration is pending. The settlement has not been finalized. We invite you to renew the operation or to write to eurogip@eurogip.fr.
The EUROGIP team